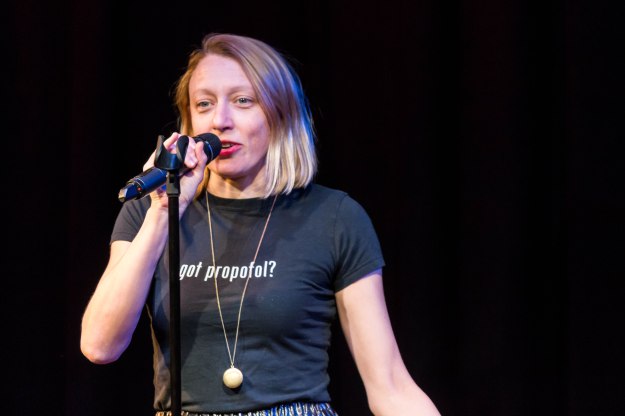 I am passionate about science outreach and communication. Here’s a list of some of the things I do. And check out the News page to see what’s coming up!

I am the New York producer for The Story Collider, a live stage show and podcast that features true, personal stories about science. Check out our upcoming shows, or pitch us a story!

You can find my blog at Psychology Today where I write about memory, cognition and the higher functions of the brain, and talk about new research in those areas.

I am a member of NeuWrite, a collaborative working group for scientists and writers working together to communicate science to the public.

I am also a committee member for the New York-wide Brain Awareness Week activities (BraiNY).

Nerd Nite: “The Science of the Hangover”

Science/Comedy show at Festival of the Unknown

Story Collider at STEMFest: “How cold is too cold?”

Volunteer at American Museum of Natural History: Poison and the Brain

Story Collider: “When your grandmother forgets who you are.”  Dana Blog writeup